The first known application of the universal joint occurred in China more than 2,000 years ago. The Chinese had invented what we call “gimbals,” a series of interlocking rings within a device that allowed a candle placed in the center to remain upright regardless of the device’s position. Today, gimbals are used to keep ships’ compasses level and as components in gyroscopes.

In 1545, Italian mathematician Girolamo Cardano theorized that the principal of gimbals could be used to transmit rotary motion through an angled connection, which was developed into the Cardan Shaft, which was said to deliver a smoother ride, along with being more efficient and less prone to breakdowns because the shaft was always at a 90 degree angle to the axle. This new concept was actually first seen in 1548 on the carriage of the Holy Roman Emperor Charles the 5th.

Then in 1676, Robert Hooke revisited Cardano’s idea and used it to make an instrument that would allow for a safer way to study the sun. This new instrument used a new type of joint that allowed for twisting motion in one shaft to be passed on to another, no matter how the two shafts were oriented. It would take another 240 years for Clarence W. Spicer to come along and apply this idea to the automotive and industrial industries. Spicer received a patent for the universal joint in 1903 and demonstrated his new patent in a self-designed car, which did not have a troublesome chain & sprocket nor did it have chain and geared adaptions. Spicer would then begin manufacturing in 1904. 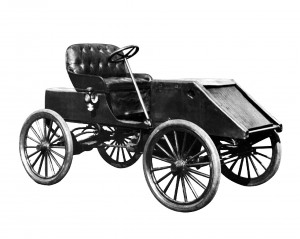